Why Charles Hodge Supported Christian Education, And Why You Should Too! 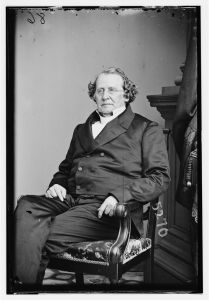 he nineteenth century Old School Presbyterian theologian Charles Hodge wrote in his Systematic Theology, “…it is a fact that unless children are brought up in the nurture and admonition of the Lord, they, and the society which they constitute or control, will go to destruction. Consequently, when a state resolves that religious instruction shall be banished from the schools and other literary institutions, it virtually resolves on self-destruction.”

Unfortunately, the twentieth century saw the creation in the United States of precisely the system of public education that Hodge warned against, a system that was self-consciously devoid of Christian religious instruction, and eventually the architects of this new system even succeeded in actually banning the most basic of Christian devotions, namely morning prayers, from the school grounds. This represented a profound change in the way that American children were educated. Prior to the twentieth century, the Bible and the orthodox Christian theology that it contained, had not merely been subjects to be studied as part of a larger curriculum, but the central unifying factor that shaped the curriculum and made it coherent. As they studied all of their subjects children were constantly exposed to the teaching of the bible from the earliest age – for instance the children who learned their alphabet from the New England Primer of the eighteenth century learned their letters by reciting sentences such as,

Children thus educated, whether or not they consciously realized it, were growing up with a Reformed Christian worldview. And the worldview that those children imbibed in school shaped the America that those children eventually helped to build, making it one of the most free and productive nations in the history of the world. It is not an overstatement to say that it was precisely because parents with a self-consciously Christian faith and world and life view wished to pass on the values that had shaped and molded them that American education was such a success, producing a population that was far more literate and omnicompetent than their European counterparts.

However, by the end of the twentieth century, other worldviews, and in particular that of Marxist Socialism, were vying for a place in the American educational system, and men like John Dewey (who is widely held to be “the father of modern education”) who had embraced the European Progressive Socialist worldview, were determined to make sure that even as public education was becoming universal and state supported that the Christian worldview was eradicated from it and that public education was restructured along self-consciously Socialist lines. These modern materialistic educational methods would no longer produce thinkers who had been shaped in the crucible of the biblical worldview, but an endless stream of worker drones for the modern Socialist utopian state that Dewey and his cohorts dreamed of building. The political leaders and bureaucrats who would direct this state did not want polymaths who were able to think deeply and who were not afraid to dissent, they wanted workers trained to produce products and taxable income who would uncritically accept the “facts” they were taught in school and who would therefore also follow the herd, live an unexamined life, and be content with the bread and circuses style of fare dispensed by the state. Dewey himself wrote regarding this objective, “You can’t make socialists out of individualists. Children who know how to think for themselves spoil the harmony of the collective society, which is coming, where everyone is interdependent.”

Perhaps the saddest part of these educational changes has been the way that Christian parents have for decades uncritically accepted the idea that the education of their children should be conducted in a system entirely denuded of the Christian worldview. They have sent out their children to receive precisely the kind of training (I would argue that training or indoctrination more accurately describe what goes on in public schools than education) and then have wondered why they received back children who gobble up and then recite the propaganda they are supposed to and have an unimaginative and flatly materialistic worldview. It is no surprise therefore that in the twenty first century, fully 100 years after the initial implementation of Socialist educational objectives, that we have a system of education more likely to produce Kardashians than Tolkiens.

“The banishment of religious influence from our schools is impossible. If a man is not religious, he is irreligious; if he is not a believer, he is an unbeliever. This is as true of organizations and institutions, as it is of individuals. Byron uttered a profound truth when he put into the mouth of Satan the words “He that does not bow to God, has bowed to me.” If you banish light, you are in darkness. If you banish Christianity from the schools, you thereby render them infidel. If a child is brought up in ignorance of God, he becomes an atheist. If never taught the moral law, his moral nature is as undeveloped as that of a pagan. This controversy, therefore, is a controversy between Christianity and infidelity; between light and darkness; between Christ and Belial.”

Therefore if we are ever to have any hope of building a new generation of Christian children who have a Christian worldview and who can preserve the Christian worldview in the midst of a culture that is becoming increasingly opposed to it, then we must recover what Dorothy Sayers has rightly called, “The Lost Tools of Learning.” We must return to the older Bibliocentric methods of teaching, and a system that teaches children to think for themselves within the context of a robustly Christian worldview. My hope therefore is that America’s Christians will heed the educational advice of Charles Hodge and seek to educate their children utilizing explicitly Christian schools and homeschooling before it is too late and we find ourselves guilty of the very self-destruction that he warned us about.

I was converted out of paganism and the occult in 1993 and while I was initially Charismatic/Arminian in my theology, I became Reformed and Presbyterian through bible study and the influence of ministries like RC Sproul's. After teaching in local bible studies, and taking seminary courses part time, I began to feel called to the ministry in 1997. I was Ordained as an RE at Christ Covenant PCA in Hatboro, PA in 2000 and as a TE by Central Carolina Presbytery in 2001 when I was called to be the Organizing Pastor/Church Planter for Providence PCA Mission, Cross Creek PCA's church plant in Fayetteville, NC (home to Ft. Bragg and Pope Airforce Base). In 2005 when the Providence PCA Particularized I was blessed to be called by the congregation to be their Pastor
View all posts by Andrew Webb →
This entry was posted in Children, Christian Education, Liberalism and tagged Charles Hodge, Dorothy Sayers, Education, Homeschooling, John Dewey, Liberalism, Old Princeton, Old School Presbyterianism, Socialism. Bookmark the permalink.

3 Responses to Why Charles Hodge Supported Christian Education, And Why You Should Too!