The Problem with Problems

I wrote the following 11 points 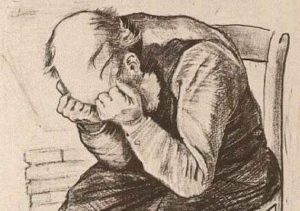 a while back as reminders to myself. I meant them to be applied to my own pastoral ministry, but they strike me as equally applicable to everyone:

When your ministry (or life) is full of big, pressing, chronic problems, BEWARE:

1) You may unconsciously make your problems the center and organizing principle of your ministry or even your life, and the first thing you think of in any given situation instead of Christ and the Gospel.

2) You may begin to forget that even the worst of problems “are not worthy to be compared with the glory which shall be revealed in us.”

3) You may forget that your problems were ordained before creation by a God who loves you and that all of them will “work together for good to those who love God.”

4) You may start to feel your problems are actually bigger and more important than the problems of other people.

5) You may actually start to believe that people or rearranged circumstances and not faith, perseverance, and above all PRAYER, PRAYER, PRAYER are the answer to your problems.

6) You may start to demand sympathy for your problems and end up making sympathy into an entitlement. If you do that don’t be surprised if after a while people begin to stop giving you genuine sympathy.

7) The very hugeness of problems often makes it impossible to see the equally pressing problems of others, and if you become blind to the needs of others, how can you possibly minister to them?

8) You may focus on the molehill of your temporal problems instead of the mountain of your eternal blessings.

9) You may be tempted to compromise the gospel and your calling in order to pragmatically deal with your problems.

10) You may fall prey to thinking of yourself as a victim instead of more than a conqueror through Him who loved us.

11) You may forget that problems are a God-given necessity, and that “tribulation produces perseverance; and perseverance, character; and character, hope.”

I was converted out of paganism and the occult in 1993 and while I was initially Charismatic/Arminian in my theology, I became Reformed and Presbyterian through bible study and the influence of ministries like RC Sproul's. After teaching in local bible studies, and taking seminary courses part time, I began to feel called to the ministry in 1997. I was Ordained as an RE at Christ Covenant PCA in Hatboro, PA in 2000 and as a TE by Central Carolina Presbytery in 2001 when I was called to be the Organizing Pastor/Church Planter for Providence PCA Mission, Cross Creek PCA's church plant in Fayetteville, NC (home to Ft. Bragg and Pope Airforce Base). In 2005 when the Providence PCA Particularized I was blessed to be called by the congregation to be their Pastor
View all posts by Andrew Webb →
This entry was posted in Encouragement, Pastoral Theology, Piety, Reflections and tagged Blessings, Challenges, Courage, Depression, Difficulties, Faith, Gospel, Help, Hope, Life, Ministry, Prayer, Problems, Reminders, Self-Pity. Bookmark the permalink.

1 Response to The Problem with Problems