Robert Murray McCheyne on the Importance of Church Discipline

A little while ago, in my post entitled “Some Rudimentary Thoughts on Church Planting”, I noted the almost forgotten importance of the proper exercise of church discipline to successful church planting and building:

“Dedicate yourself to maintaining all three marks of the true church, including mark number three. Church discipline, biblically exercised, is actually an asset to church growth. Discipline problems, passed over or coddled kill new churches. To that end, make discipling a primary objective and really make sure new members know what they are doing when they take their vows. Scripture warns us that “a little leaven, leavens the whole lump” and I’ve actually witnessed the process of ungodly leavening going on in small groups. Remember that church plants are fragile and often will not survive the kind of scandals an established church might be able to weather.”

The problem however, is that while we may technically agree that church discipline is necessary, we often shrink from its actual application. Robert Murray McCheyne, a pious and warmhearted 19th Scottish pastor and missionary, explains in this charge from an ordination service that to shrink from applying the third mark of the true church is a serious mistake and that God often uses discipline as well as preaching to bring about repentance and conversion: 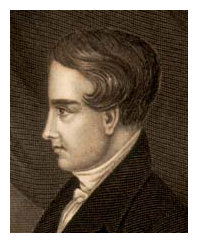 “When I first entered upon the work of the ministry among you, I was exceedingly ignorant of the vast importance of church discipline. I thought that my great and almost only work was to pray and preach. I saw your souls to be so precious, and the time so short, that I devoted all my time, and care, and strength, to labor in word and doctrine. When cases of discipline were brought before me and the elders, I regarded them with something like abhorrence. It was a duty I shrank from; and I may truly say it nearly drove me from the work of the ministry among you altogether. But it pleased God, who teaches His servants in another way than man teaches, to bless some of the cases of discipline to the manifest and undeniable conversion of the souls of those under our care; and from that hour a new light broke in upon my mind, and I saw that if preaching be an ordinance of Christ, so is church discipline. I now feel very deeply persuaded that both are of God—that two keys are committed to us by Christ: the one the key of doctrine, by means of which we unlock the treasures of the Bible; the other the key of discipline, by which we open or shut the way to the sealing ordinances of the faith. Both are Christ’s gifts, and neither is to be resigned without sin.”

I was converted out of paganism and the occult in 1993 and while I was initially Charismatic/Arminian in my theology, I became Reformed and Presbyterian through bible study and the influence of ministries like RC Sproul's. After teaching in local bible studies, and taking seminary courses part time, I began to feel called to the ministry in 1997. I was Ordained as an RE at Christ Covenant PCA in Hatboro, PA in 2000 and as a TE by Central Carolina Presbytery in 2001 when I was called to be the Organizing Pastor/Church Planter for Providence PCA Mission, Cross Creek PCA's church plant in Fayetteville, NC (home to Ft. Bragg and Pope Airforce Base). In 2005 when the Providence PCA Particularized I was blessed to be called by the congregation to be their Pastor
View all posts by Andrew Webb →
This entry was posted in Church Discipline, Old School Presbyterian Churches. Bookmark the permalink.